Following on from my work on energy consumption visualisation using D3 I’ve now used the same style of chart (circular heat chart) to visualise UK monthly rainfall data. This data is supplied by the Met Office and consists of the total rainfall in mm for each month from 1910 to 2012. 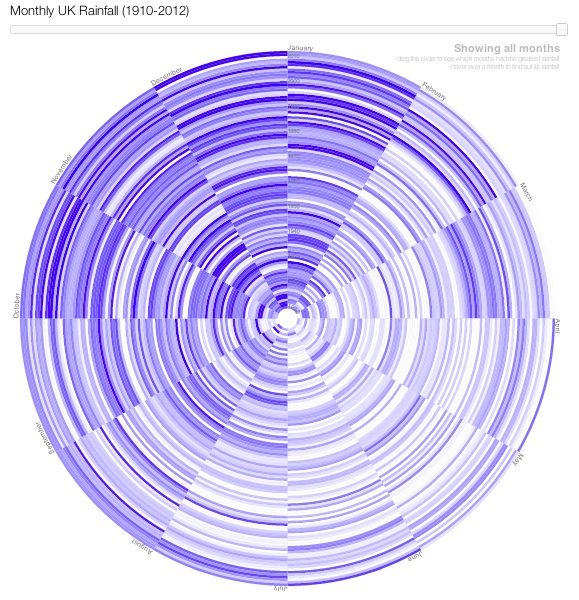 This chart shows every month’s rainfall (1236 months in total) where the intensity of the colour represents greater rainfall. See the actual chart. The immediate impression is that there is noticeably more rainfall in the months October to January and that there is a general noise to the data from year to year i.e. sometimes January is dry, other times wet.

There’s a sense in the UK that rainfall has been more extreme but this is not particularly evident in this chart. I guess that this is because the data is a measure of total monthly rainfall, rather than rainfall intensity. It does seem that February and March have both experienced a trend for greater rainfall over the past 40 years.

I’ve also added a slider so that the top x months can be highlighted, the image below showing the top 25 months: 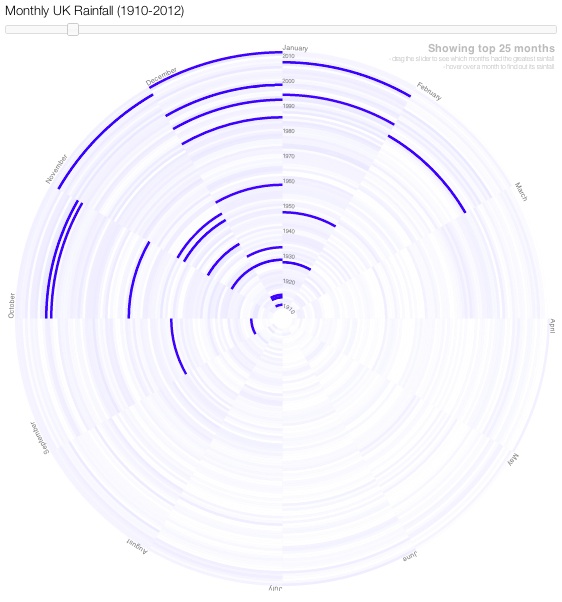 The chart is implemented using D3 and my circular heat chart component.

Other visualisations of this data including the Telegraphs’s ranking using map images, seeDATA’s histogram and the Met Office’s charts.